XFL suspends operations, lays off employees and has no plans for 2021 season

XFL suspends operations, lays off employees and has no plans for 2021 season 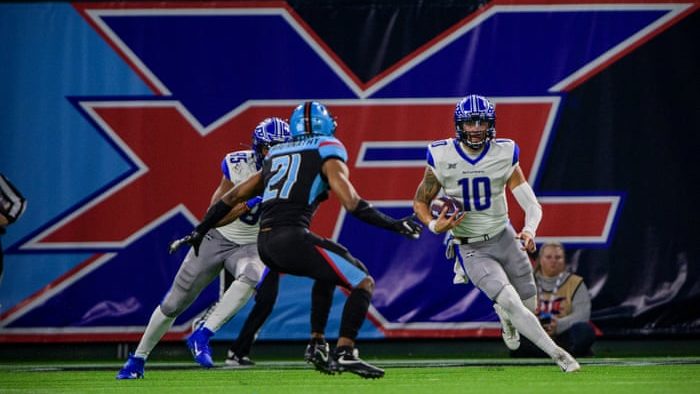 ESPN– The XFL suspended operations Friday morning, and multiple sources told ESPN that the league has laid off nearly all of its staff — a handful of executives remain employed — and currently has no plans to return in 2021.

The XFL is owned by WWE CEO/President Vince McMahon and Alpha Entertainment. In a statement, the WWE said: “Given the uncertainty of the current environment, the league has suspended operations and is evaluating next steps.”

The XFL canceled its season last month after five games as part of a nationwide shutdown due to the coronavirus pandemic, pledging to return next year.

Commissioner Oliver Luck, hired in 2018 to guide the most ambitious spring football league in decades, did not speak on the call. It was not immediately clear if he is still with the league.

According to a prominent former XFL staffer who was on the call, Pollack stopped short of saying the league was going out of business. But the strong implication was clear. “It’s done,” the staffer said. “It’s not coming back.”

St. Louis Battlehawks receiver L’Damian Washington was among those reacting to the league’s decision on social media.

WWE’s McMahon was making his second foray into professional football. His rowdy 2001 version of the XFL also folded after one year.

McMahon pivoted 180 degrees for XFL 2.0, asking Luck to create a serious football league that would market a new version of the game while avoiding direct competition with the NFL. Luck led a group of staffers through two years of product development, establishing a series of innovations — from its new kickoff alignment to its three-tiered extra point structure — that caught the eye of multiple members of the NFL competition committee.

XFL staffers believed that the league would resume play in 2021. Players had previously been told they would be paid through the end of the regular season, which was scheduled to end this weekend.

The XFL is the second spring football league in as many years to suspend operations before completing its final season, albeit for much different reasons. The Alliance of American Football (AAF) ran out of money in 2019 and closed after eight weeks of play. The XFL might be the first pro sports league to fall victim to the economic crisis caused by the global pandemic.

الأوسمة :
المقالة السابقة
Is Good Friday 2020 a Bank Holiday?
المقالة التالية
UFC 249 and all other events are postponed indefinitely