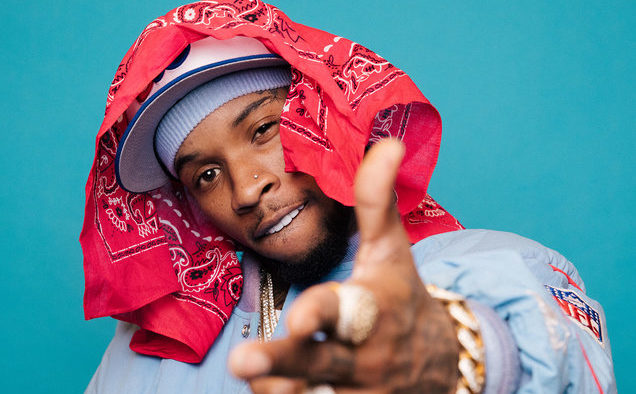 NME– In a lot of ways, Tory Lanez feels like something of an old-school hip-hop star. In recent years, a generation of young rappers transcended SoundCloud to become true icons, sharing bracing admissions about mental health and drug use (many also doomed, from Lil Peep to Juice WRLD). Meanwhile American artists such as Fivio Foreign are reclaiming drill – born in Chicago, adopted by London – to weave unrelenting tales of hardship.

Lanez, on the other hand, appears mainly content to boast, as he does on ‘Pricey and Spicy’, the opening track from fifth album ‘The New Toronto 3’, about the trappings of wealth: “Givenchy and Saint Laurent – this shit pricey.”

Yet Tory Lanez, aka 27-year-old Daystar Peterson, is a more complex artist that many give him credit for. In last month’s NME cover story the Canadian rapper explained that this record, released via Interscope, would be his last on a major label: “I’m going to go completely independent. I’m not in it to play games. I’ve been in it for 10 years, and I’m still relevant.”

So he does long to leave behind the old model, and on this sprawling album proves that he’s equally capable of excoriating introspection: on the icy, melodramatic ‘P.A.I.N’ he traces his childhood scars: “I got stains on most my t-shirts and these n***as, they used to laugh / But they can’t laugh now that that flow come out them speakers.”

Over lilting Spanish guitar, underpinned by tinny trap percussion, he confesses on ‘Who Needs Love’ that past hardship has left him with warped sensibilities: “Money make me happy every time I count it / Who needs love, when I come around flexin’?” Lanez has been criticized for rhymes that come across as shallow and even unpleasant, but this is to misunderstand his wounded self-awareness. When, later on in that same song, he demands, “Don’t kiss me, bitch, kiss my necklace”, he knows too well how damaged he is.

At 16 tracks ‘The New Toronto 3’ could be accused of being overlong, but it is an immersive experience, a deep dive into Lanez’s psyche. His 2016 debut ‘I Told You’ was even longer – a monster 28 songs – but he insisted that this was important for the narrative (“it’s my life on a time line,” he told NME upon its release).

On this new album’s moving ‘Accidents Happen’, Lanez relays a drug-dealing past and reminds us, “I done came up from the sidewalk.” Throughout this record he laces braggadocio with vulnerability, proving his claims of enduring relevance. This is the end of one chapter, but Lanez’s story is far from over.