L.A. might ban homeless people from sleeping on many streets. What about your block?

L.A. might ban homeless people from sleeping on many streets. What about your block? 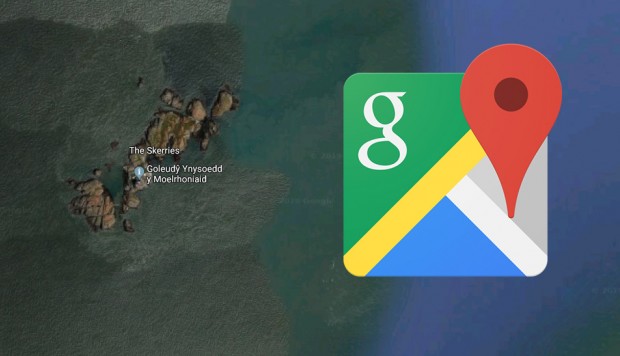 Latimes A plan under consideration at City Hall would ban sleeping on streets and sidewalks within 500 feet of schools, parks, day-care facilities and some popular venues, eliminating at least a quarter of Los Angeles for homeless people trying to bed down at night, a Times analysis found.

The City Hall plan would hit hardest at the subset of homeless people who, lacking a car or access to a shelter, are forced to sleep on the street. At last count, more than half of the city’s unsheltered homeless population — 15,000 in total — beds down in a tent, on a bench or in some other makeshift structure.

Reaction on the street

“These people need to be in our shoes for once,” said one homeless person who searches for a place to sleep each night.

To gauge the plan’s potential impact, The Times acquired the geographic boundaries for thousands of sites listed by council members supporting a ban. The Times then used a computer to draw a 500-foot buffer around each — estimating the restricted zones envisioned by the proposal.

Taken together, the buffers cover 124 square miles, about a quarter of the city. The estimate almost certainly understates the proposal’s full potential. Some sites weren’t clearly explained or listed in readily available public data, preventing inclusion in the Times analysis. Land inside parks, where sleeping overnight is already banned, also was excluded.

Where are these sites?

They are spread out across Los Angeles’ 475 square miles, with every neighborhood affected. Here’s how the locations appear when mapped without buffers. Impact on one neighborhood: Venice

Mapping the buffers in Venice illustrates the plan’s potential domino effect. An elementary school and a recreation center with a park creates a restricted zone across numerous blocks — including along the busy sidewalks of Lincoln Boulevard.

The map also shows how pocket parks and other facilities can create a patchwork of restricted zones for the estimated 567 homeless people living in tents and makeshift housing throughout the beach community. Each of the city’s 115 neighborhoods has its own distinct example of this phenomenon, but the extent of the restricted areas varies widely with the number of schools, parks and day-care facilities.

Some neighborhoods, such as Pacific Palisades, are mostly parkland, for example. That means the streets and sidewalks around them would be subject to new sleeping restrictions in the proposal. Others are densely packed with schools, day cares, or other facilities that trigger restrictions on sidewalk sleeping.

How it would play out elsewhere

The restrictions would eliminate at least 46% of the area in skid row, an area in the middle of downtown where a large number of homeless people live in encampments. The area also has homeless services facilities that have recently opened, which would trigger a ban on sidewalk sleeping nearby under the proposal. At last count, there were about 1,500 people living outside here.

Even if skid row is excluded, downtown still has more residents living outside than any other L.A. neighborhood: more than 2,200. The proposed sleeping restrictions, if enacted, would exclude at least 29% of the area, thanks in part to several large parks and numerous day-care centers. Downtown also has Staples Center, one of several venues subject to restrictions under the proposal.

The restrictions would eliminate at least 57% of the area in Koreatown, a dense and diverse neighborhood known as a hub for Korean Americans. It also contains dozens of schools and day-care centers. Roughly 440 unsheltered people were living outside here at last count.

The restrictions would eliminate at least 49% of the area in Hollywood, where roughly 1,100 homeless people — including more than 600 in tents and makeshift camps — were counted during the last countywide survey. The Walk of Fame here would be a restricted venue.

This neighborhood is compact and mostly dotted with high-rise commercial properties. The Times analysis found that 11% of the area would be restricted from sidewalk sleeping. According to the latest tally, Century City had nearly no homeless population.

Westlake, which is home to MacArthur Park, would see at least 62% of the area covered by the proposed buffers — one of the top percentages of any L.A. neighborhood. It also has among the highest population of homeless people living in tents and makeshift housing: nearly 1,000.

The collection of data used to analyze the impact of the proposal didn’t include tunnels and bridges designated as school routes; areas with signs warning of trespassing or with closing times; bike and recreational paths; and areas near entrances, exits and driveways. These locations weren’t clearly defined or readily available in public data.

Among those sites included in the analysis, areas surrounding parks accounted for much of the space that would be barred for sidewalk sleeping, thanks to long buffers around the massive green spaces, such as Griffith Park.

The next largest banned areas included buffers around private and public schools, day-care facilities and major-event venues, such as Dodger Stadium or the Hollywood Bowl. The list also includes some government-funded facilities serving homeless people that opened after Jan. 1, 2018.

The inside area of parks, which already have their own rules about nighttime closures, was not included in the calculation of banned areas. Neither were the interiors of schools, day-care operations and other facilities. Only the area of the buffers themselves were used in the calculation about the proposal.

Some of the location data came in the form of boundary files, which have lines drawn around the borders of structures or parcels. In other cases, The Times related facility address points to the geographic outlines in county real estate files. Some large parcels are home to multiple sites listed in the proposal, such as UCLA, which has numerous day-care facilities on campus. Because the location of the individual sites within those areas could not be identified, the entire parcel was included and given a buffer zone.

This analysis also includes aggregated counts of homeless people from data compiled by the Los Angeles Homeless Services Authority. The process, along with other details about the data sources, limitations and methodology, has been released as open-source software.