KSI vs. Logan Paul II fight: How two YouTube sensations are taking on the boxing world

KSI vs. Logan Paul II fight: How two YouTube sensations are taking on the boxing world 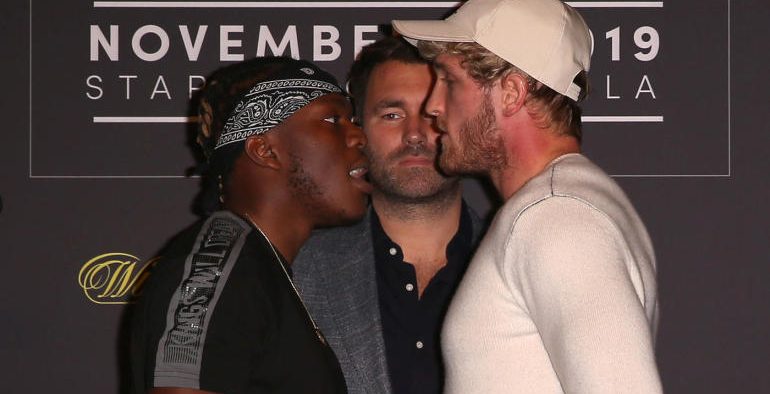 CbssportsFor better or worse as it pertains to the world of professional boxing, a pair of world-renown internet personalities will trade punches in a fight that’s all but guaranteed to draw equal measures of attention and derision from those loyal to the sweet science.

With a combined following of over 40 million subscribers on YouTube, Logan Paul and Olajide “JJ” Olatunji (better known as KSI) have each looked at Saturday’s six-round cruiserweight bout in Los Angeles (9 p.m. ET, DAZN) as an opportunity to settle a grudge and launch the winner closer to his dream of becoming the biggest entertainer in the world.

The sport of boxing, meanwhile, has traded a portion of its soul in exchange for renting the fame and attention of the social media superstars in hopes of financial gain, which has for so long been a combat sports tradition (see pro wrestler CM Punk’s UFC career) that it would be hypocritical to complain.

Respect box? Subscribe to our podcast — State of Combat with Brian Campbell — where we take an in-depth look at the world of boxing each week, including a preview of KSI-Logan Paul below.

Only in the carnival world of the fight game could a professional event involving celebrity amateurs take over top billing as a virtual pay-per-view main event in 2019 — and force actual professionals to want to be part of it. That’s what will take place at the Staples Center when this Matchroom Sport-promoted card will feature super middleweight titleholder Billy Joe Saunders and welterweight champion Devin Haney on the undercard.

So how exactly did we get here?

KSI, a 26-year-old native of London who has also dabbled in both gaming and hip hop, chose to settle a grudge with fellow British YouTube Joe Weller in a 2017 amateur boxing match that drew 1.6 million live viewers and 21 million in the first day alone on YouTube. Following his third-round TKO win, KSI called out Paul, the 24-year-old from Westlake, Ohio.

Paul, an aspiring actor who has drawn plenty of controversy for the content of his YouTube clips, claimed the feud never became personal until the press conference ahead of their August 2018 amateur bout in Manchester, England, when KSI heckled him on a personal issue the two had agreed would be off the record publicly.

Their six-round bout headlined a sold-out card at Manchester Arena comprising of fellow YouTube stars, including a match between the younger brothers of the main eventers. Most surprising about the majority draw (57-57 twice, 58-57 for KSI) between Paul and KSI was how much it got onto the radar of mainstream boxing after promoter Eddie Hearn reluctantly took part.

Priced competitively at $10, the PPV was also a huge smash and did just short of the reported 1.1 million buys that the Canelo Alvarez-Gennady Golovkin middleweight title rematch did the following month. Maybe even more importantly as to how we got to Saturday, the fighters also showed a great amount of respect for the sport with a performance that looked like anything but the kind of toughman contest or celebrity boxing shown previously on American television.

“We absolutely did shock the world,” Paul told CBS Sports’ “State of Combat” podcast last month. “When you hear a YouTuber fight is going to be taking place, you think it’s going to be some kind of circus pony and horse act, but we literally trained for six months straight, two times a day, and came out and looked like an actual fighter.”

For the rematch, both fighters agreed to do it the right way, which means under professional terms. The headgear has been taken off. Both fighters will wear 10-ounce gloves and be subject to the same drug testing and medical screening by the California State Athletic Commission as fighters like Haney and Saunders.

The initial reaction within the boxing world when the fight was announced was split.

“I’m getting it from both sides and a lot of people think this is ridiculous because they have trained all of their lives to get to this point and we just skipped and have gone straight to the top point,” KSI told CBS Sports last week. “I understand that.”

For everything the fighters have done to act the part of professional to gain respect from the boxing regime (and make their version of celebrity fighting look anything but amateur), they have done just as much to ruin said goodwill.

KSI mocked Paul’s dead dog during the initial press conference (streamed live on DAZN) to announce the fight. Paul countered by bringing his mother out to “confirm” that KSI was lacking key male genitalia before both devolved into hand gestures more appropriate in a middle school locker room. The last straw for boxing itself seemed to be when both bragged in recent weeks about knocking out pro fighters in sparring.

“Getting out of hand some the shit I am seeing and reading these YouTubers say about professional boxing,” former junior middleweight champion Liam Smith wrote on social media. “Have you fight, then fight a proper boxer, otherwise take your money, your big viewers and f— off. Making a show of our sport what people have dedicated there lives for.”

Some just haven’t been able to get past the idea of supporting a public figure like Paul who nearly had his YouTube channel deleted in early 2018 following outcry over his insensitivity toward suicide victims when he uploaded a vlog in Japan showing a recently deceased corpse hanging from a tree.