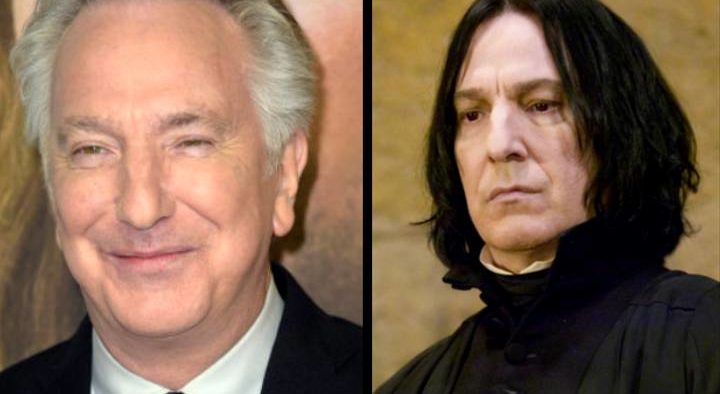 IndiaToday– It’s been more than four years since Harry Potter fans said goodbye to Alan Rickman, who played Severus Snape in all eight films. The actor is still remembered for his iconic role and loving personality. JK Rowling, the writer of the Harry Potter books, took to Twitter to write a heartfelt tribute for the late actor.

JK Rowling replied to a fan’s tweet, which read, “Tonight in Italy they air Harry Potter and the Deathly Hallow Part 2. As always, I’m NOT ready to say goodbye to Severus Snape. Thank you @jk_rowling for this unique character and for convincing Alan Rickman to portray himwe had the perfect Severus Snape (sic).”

To which the 54-year-old author replied, “In Harry Potter & the Cursed Child, Snape makes his first appearance with his back to the audience. At the dress rehearsal I saw him in his long black wig & my eyes filled with tears because, for a split second, my irrational heart believed when Snape turned around, I’d see Alan (sic).”

JK Rowling’s tweet opened floodgates for fans as they commented on the tweet how much they miss late Alan Rickman.

One fan wrote, “We miss him.” While another wrote, “Always.”

“Jo … you’ve just broken my heart for the night. I remember what I was doing the day I found out Alan had passed away. I was in class, teaching grammar. Some friend texted me. I left school an hour early. Jo, you provided us with a family and Alan was very much a dear one (sic),” read another comment.

One more fan wrote, “You know you made a lot of people cry, don’t you?”

Alan Rickman, who also appeared in films like Love Actually and Die Hard, died after a battle with cancer on January 14, 2016, in London. He was 69.